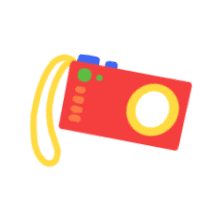 • was born in irvine, california to jaehyung and mina baek, a pair of korean immigrants, before shortly relocating to los angeles, california. youngest of the baek family with a considerable age gap between his two older siblings, jiwon and hannah (thirteen and ten years apart respectively). parents are both accountants and are dedicated to their local church.

• had a childhood passion and talent for piano until the day he realized he had enough of daily four hour lessons and wanted to instead pick up his dad's video camera to record him and his friends. fortunately, with more or less accepting parents, they encouraged his artistic pursuits. still plays the instrument today but only to cover his favorite songs.

• breezed through high school with film club being his number one priority. was involved in yearbook and played varsity tennis. made a lot of movie parodies during his free time and edited many, many cheesy montages for any significant events that happened in their lives. still the same introverted boy that he was then, but makes an effort to create new connections and goes out of his way to make people happy.

• attended the university of southern california for film & television production (thanks to his film teacher's stellar recommendation about multiple projects he did during his junior and senior year). became a notorious stoner and campus flirt but busted his ass off to gain connections in the industry. decided to start a youtube channel his sophomore year to vlog his life at usc, which gained him instant internet clout. interned at hbo and webtoon for film and tv development.

• couldn't land a job once he graduated despite giving it his full effort with all the experience he tried to rack up during undergrad, so he focused on his youtube career (think lifestyle advice, occasional vlogs, and reaction videos) and created a photography + videography business. if he's away during the weekends, it's to shoot for the weddings he's booked for. has amassed quite the following, but is just happy he has a means to stay afloat.